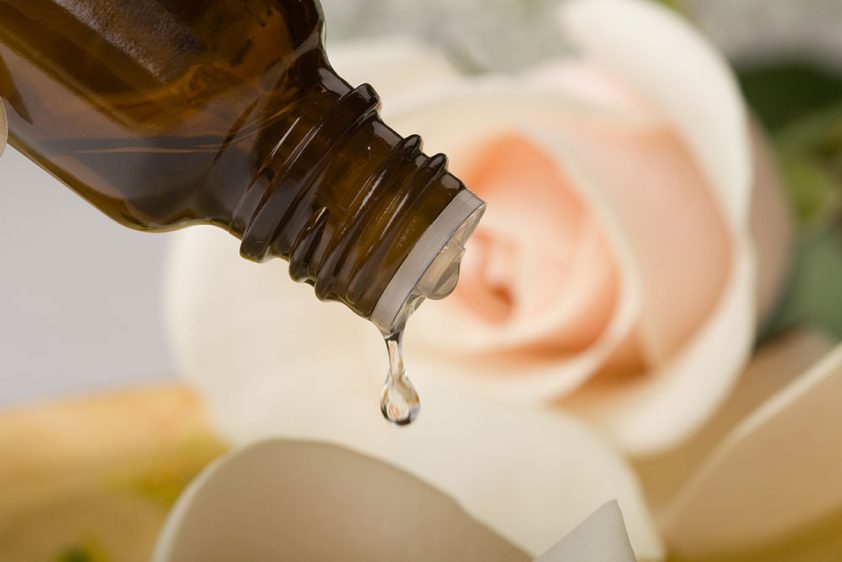 How The Senses Helped Me

Bereavement: My Own Recent Experience

As either myself or Nature To Nurture I haven’t been online or on social media much lately & although most of my regular clients know why, others have been asking. The reason is simply that I suffered a family bereavement in January. I was going to write a simple status update, but then it occurred to me that I might be able to help others by sharing a little of my own experiences, especially with how some of my senses via scent (Aromatherapy) & touch (Massage) have been supporting me lately. My Nan had a very long life, was incredibly healthy throughout it, & her illness at the end was mercifully short enough to preclude much suffering, but long enough to allow her to say goodbye. All in all, I feel I therefore have a lot to be grateful for in spite of the sadness.

Now, when I say her life was healthy I mean that she looked really good. So good that she often wanted me to lie about my own age as people regularly thought she was about 20 years younger & she didn’t want them to work it out. So even now I am not allowed to say how old she was, as although she is no longer here, I feel she would somehow know if I said it!

Given her great (but unspecified) age, I do think that I was more prepared for this bereavement than some of the others I have experienced.  However, even with this, & all the meditation & reflective work I had done over the years on illness & death, I still catch myself going to ring her, or using the present tense when I talk about her. I am very relieved that her suffering is over but I still feel her loss in my life & miss her. Bereavement & grief is not only personal to the individual, but also to the time when it happens, the unique set of circumstances that surround it, the relationship to the person who has died, the reactions of others, your personality & specific beliefs. There are many factors which will affect how you feel afterwards. As such, I can really only talk about my own as I have done above. Your experience will be entirely your own. What is universal is that at some point, no matter how much we may want to hide from it or try to ignore it, bereavement will affect everyone to some extent. Death is a natural part of Life, affecting me even as at the same time as I congratulate friends on the births of their new babies.

It is a HUGE topic, & to be quite honest I’m probably not in the right headspace to write one of my usual long & extensive blogs about it. So I’ve written a little one instead with some basic blends & essential oils you might want to try.

I’m not going to write much about specific massage techniques as there obviously isn’t one for grief & bereavement. Instead I will simply say that I am a great believer in the healing & comforting power of massage techniques & touch. Massage can provide comfort & support in times of grief

There are numerous medical studies & research projects on its importance available on the internet & in research journals. Touch is known to play a vital role in a babies ability to thrive & survive. Positive touch can help adults to reduce stress levels & provide what may be the only human contact for many people. At a time of grief it can help to give comfort. It can provide relief from the mental & emotional trauma as well as many physical conditions – whether already underlying or stemming as an after-effect of the death. The latter may sound strange, but many people find that they often have physical reactions to bereavement & the stress of the circumstances; for example, mouth ulcers, cold sores, colds & low immune reactions.

When it comes to grief, I would simply recommend choosing what brings you the most comfort, support & relaxation. For me personally, that means a slow & deep neck & head treatment. For you, it might be Indian Head Massage, specific Body Massage, Reflexology or Facial Massage. The advantage of your massage therapist is that they are unlikely to be a complete stranger to you, but are somewhat removed from the immediacy of your loss & circumstances, whilst also capable of providing natural care & support.

It’s the element of touch, non-judgemental, simple & basic, which allows us to wire back into one of the most primitive & instinctive of the human senses

There are many essential oils out there that can help you; again, it’s an individual choice, but here are some that we commonly use within Aromatherapy practice.

Rose (Rosa damascena, Rosa centifolia)
Rose is essentially an oil for the emotions & heart. A profoundly comforting & soothing essential oil, Rose has surprisingly complex chemistry. This is rich in, amongst other constitutes, pheromonal & hormonal compounds, with an ability to work with emotional states. In grief states it is used for its effects on the nervous system supporting & helping you to deal with emotions like anger, irritability, resentment, overwhelming emotions, heart-felt grief & loss.

Frankincense (Boswellia thurifera)
Frankincense is used greatly in meditation, it is both a calmative & a bronchodilatory – it not only allows a profound sense of calm, but also opens the airways of the lungs, allowing for a deepening of the breath (like Neroli we often use it to help with Asthma Attacks). Also used in states of deep grief, it is helpful for mental & emotional exhaustion as well as for breaking links with the past. Cypress can help with many aspects of grief – especially moving on

Cypress (Cupressus sempervirens)
Good for all ‘watery’ states as it is an astringent & ‘binding’ (we also use it to ease water retention & to detox after over-indulgence) Cypress is excellent to support when you are particularly weepy or tearful. My tutor said that it was for ‘bleeding hearts, tearfulness & holding onto the past’ as well as overstretched emotions. Traditionally it has been used at times of transition & rites of passage – births, weddings, but more traditionally ‘passing over’ & within rituals surrounding death. Together with Frankincense it can be a helpful oil for moving on after grieving.

Myrrh (Commiphora myrrha)
Myrrh is a great vulnerary – or wound healer. Usually this takes the form of a physical wound, particularly if it is slow to heal or ulcerated. However, these same properties are also useful in deep grief & where there are deep-seated emotional wounds, or indeed festering grievances, slow to heal & recover from. Yarrow has been used for thousands of years

Neroli (Citrus aurantium var. amara, flor.)
I personally call Neroli ‘The bringer of Peace’, but it’s also known as the Rescue Remedy of Oils for it’s ability to soothe & calm, particularly in states of high anxiety (we use it during Asthma or Panic Attacks for example). It is also a stunningly beautiful fragrance & wonderful to use, known as a perfect natural perfume amongst perfumiers for it’s balance of top, middle & base notes.

Blends I have found useful for bereavement:

Cypress can help with many aspects of grief – especially moving on

There are many groups & organisations who can offer help & support during times of bereavement. These can include specific types of bereavement such as that of a partner, of a child, during a traumatic/major incident etc.
This is just a small selection:

Bereavement, grief & loss is a personal experience, affecting each of us in particular & individual ways. The ways in which we cope with it are just as unique & may vary each time

I hope that you might now consider using your senses of touch & smell to support & comfort you. If you would like to know more about Massage or Aromatherapy, or to have a chat or make a booking, please contact me

Send me a direct message